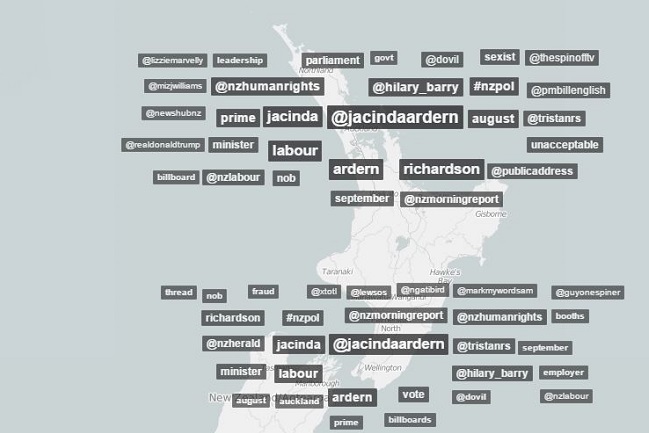 Posted at 04:02h in Government Relations by admin
Share

Our Senior Consultant Yannis Naumann runs the ruler over the latest shakedown in parliament and the ascension of Jacinda Ardern to Prime Minister-in-waiting.

It’s hard not to look at the last 24 hours and think that this might have (or at least should have) been Labour’s plan all along.

Floundering in the polls and heading south towards potential oblivion, it’s not implausible to think key Labour strategists and senior MPs sat in their war-room earlier this year and acknowledged change would likely have to be made and started planning for the inevitable.

Dogged by ongoing questions over Leader Andrew Little’s inability to connect with voters, there could have been an agreement that if things got worse, Mr Little would step down before the election and would do everything to protect heir-apparent Ms Ardern.

With just seven weeks to campaign, Ms Ardern would be able to ride the honeymoon effect to the polling booths.  Also, with such a small window until the election,  she’d be somewhat shielded from questions around policy development and afforded a little more leeway.

So smooth has been Ms Ardern’s transition that its questionable as to whether some of this hasn’t been orchestrated (or perhaps I’ve just been watching too much House of Cards…).

Regardless of the how, early results suggest the gamble might ultimately prove to be a winner.  Labour have certainly found their circuit-breaker, who’s brought an immediate warmth and humour to the role not seen in Labour for years.

Look at the press coverage the party is getting.

Her first presser with salivating journalists was like watching a seasoned pro.  Difficult questions were met with “Yes”, “No”, “I haven’t personally spoken with Helen”, and “can you tell me why you think I can’t”, and she’s already dismissed the awfully inevitable question around kids vs. career.

Wall to wall positive coverage across the TV and radio news on Tuesday night, and polished performances on The Project and Seven Sharp, has re-energised Labour and their supporters.  As too has an interview with Anika Moa prominent on social media, providing a window into Ms Ardern’s life with beau Clarke Gayford – instilling them as a strong rival to Richie and Gemma as New Zealand’s answer to the Royal couple.

Labour’s base is fizzing and tellingly, people are opening their wallets again.  According to Ms Ardern’s new Deputy, Kelvin Davis, Labour’s had a surge in funds with an additional $250k coming in already (should cover the new billboards) and hundreds of people signing up to help out.

There’s also been an onslaught of support for Ms Ardern on Twitter, with plenty leaping to her defence against Mark Richardson and Jessie Mulligan. Of course it remains to be seen if online support equals votes at the polling booth with social media a notoriously unreliable barometer in the past.

How does National counter this?  Mr English’s comparatively beige personality and “stable government” pitch was going to be fine against the equally uninspiring Mr Little, but how will that play now?  A campaign built on trust is risky too, given we reportedly still don’t know the extent of Mr English’s involvement in the Todd Barclay affair.

What does Winston Peters do now? Three days ago talk was ramping up that he could genuinely be the leader of the left coalition, but does his support dip now as core Labour voters return home to their re-energised party?  Can he work with Ms Ardern if he’s not the boss?

What happens with the Greens, riding high after Ms Turei’s recent beneficiary revelations?

It’s all yet to be seen but Campaign 2017 is suddenly alive and exciting. And it seems inevitable Ms Ardern will push Labour back to 30% given her ability to connect with the soft centrist voter who previously supported John Key.  Her challenge is to maintain momentum and provide a clear alternative vision. Looking at her steely determination I wouldn’t bet against her.