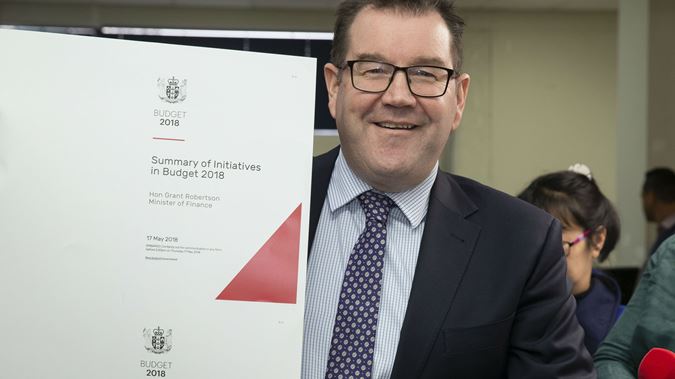 Posted at 10:57h in Government Relations by campbellsquared
Share

The clue was in the branding really – white with just a sliver of red.

At an aesthetic level, Budget 2018 certainly doesn’t suggest Labour were banking on the content dazzling people.

Instead, Finance Minister Grant Robertson’s first Budget is a nod to the government’s core supporters.

It’s headlined by increased support for social services including a large boost in health funding, an extension to free GP visits (although not to the extent initially promised), and additional capital and operating funding for the education sector.

In Mr Robertson’s words, this is a Budget that “lays the foundations for New Zealanders to have better lives in the decades to come.”

Treasury’s latest forecasts suggest Labour will have fertile ground to work with – a better than expected surplus of $3.1 billion, annual growth of approximately 3% over the next four years, rising wages and falling unemployment.

But there remain questions.

For all Labour’s talk of its commitment to addressing the housing crisis, there was little detail on how it will implement its KiwiBuild programme, despite the $234 million offered for 6,400 new state homes over four years.

And while the Government promised a new way forward for Crown-Māori relations earlier this year, the $37 million for Māori Development seems to have fallen well short of expectations. With a larger Māori caucus comes greater responsibility and it’s unlikely Iwi leaders will feel their support of Labour in 2017 has been repaid in kind, particularly given the lack of recognition for whānau ora.

Perhaps surprisingly, while Mr Robertson’s spending in Budget 2018 was largely restrained, his rhetoric was not.

He spoke of the Government’s commitment to “turn the page on the ideology of individualism and a hands-off approach to our economy that has left too many people behind”, of needing to fix “nine years of complacency and neglect,” of needing to “rebuild” and of having “different priorities”.

These are strong words and as much as they would have energised Labour’s base they’ll also be carefully noted by National.

Any Government that publicly commits to ending homelessness, not just managing it, and boasts of an “economic and social transformation” invites trouble if it can’t show meaningful improvements.

That may explain Mr Robertson’s announcement that future Budgets will be based on adopting a “wellbeing approach,” with annual progress to be measured against the New Zealand Treasury’s Living Standards Framework, and assessments of the health and wellbeing of New Zealanders, the environment and local communities.

It’s a move that should afford the Government greater protection from future allegations it has failed to live up to its strong rhetoric.

What will certainly buoy Labour supporters will be the performance of Prime Minister Jacinda Ardern.

In a speech that was as fiery as it was witty and which conveyed a genuine commitment to trying to make our country better for all New Zealanders, Ms Ardern demonstrated why she’ll be so hard for National to topple in 2020. The reality is, National appears to lack anybody who can connect with the centrist voter in the same manner as Ms Ardern.

What of Team Blue? Without the experience and guile of Bill English and Steven Joyce, National’s new pairing of Simon Bridges and Amy Adams, while too animated at times, made a good fist of arguing that this Budget was filled with broken promises including an alleged cut to Pharmac’s Budget.

Their challenge is to move beyond the already tiresome edict that National would have done better if they’d been kept in government. There appears little point trying to relitigate the 2017 result and even less trying to tell voters they got it wrong. Mr Bridges needs his team to instead focus on eroding public faith in Ms Ardern’s deputies, and now armed with plenty of strong rhetoric from Mr Robertson, National should have plenty of ammunition to fire.