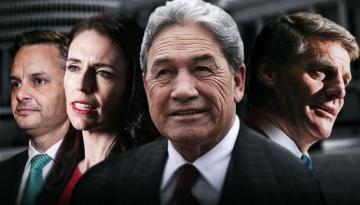 Posted at 00:27h in Government Relations by admin
Share

With the election result not delivering a clear answer as to who will govern New Zealand, our Senior Consultant Yannis Naumann ponders what companies and organisations can do to prepare for a new government (whatever shape it is).

Left or right? Red or Blue? Bill or Jacinda? Fourth-term government or a vote for change? So. Many. Questions.

Saturday night’s election result has effectively meant we’re going to extra time to work out whether Jacinda will get to do this after all or if Bill will be given the chance to keep delivering for New Zealanders.

The man with the responsibility of adjudicating this – New Zealand First Leader Winston Peters – has told us all he’s in no hurry. That makes sense given there’s almost 400,000 special votes that aren’t due to be counted until 7 October and which may end up bringing the Labour/Green bloc closer to National. As it stands, the final numbers won’t be revealed until 12 October.

For the general public, it’s a case of sitting back and waiting to see which way Mr Peters goes. New Zealand is in for a period of endless speculation and over-analysis (was Mr Peters’ “had enough?” campaign tagline a subtle hint towards his coalition preference after all????) with not many answers.

For companies and organisations, this interregnum provides an ideal time to consider what future approach you’ll be taking with your government relations. Are there policy issues you want to see advanced? What challenges is your business or organisation facing that you want the government to help address? Are you interesting in working with the government on specific initiatives? If you haven’t already answered these and got a plan in place, now’s the time.

It’s also an opportunity to make sure that your collateral is up to date and make any necessary changes so that it reflects the look and feel of your organisation today. MPs receive endless pieces of “leave behind” documentation, so how does yours stand out from the thousands of other documents handed over the table? What do you want those MPs who have never heard of you to take away? It’s clearly not ideal to be presenting outdated material to Ministers when you’ve spent 30 minutes talking about how innovative your organisation is or how your team is future-focussed and keyed-in to meeting the changing needs of customers (also, probably best to avoid using such clichés).

Take the time to get to know some of the 32* new faces that have been elected to Parliament (all of whom arrived for their first day at work yesterday not knowing whether they’ll end up in government or opposition). A number of these new MPs are social media users, which can help give you a sense of who they are and what sort of issues they’re interested in. Labour’s rising star Kiri Allan shared her excitement at arriving at Parliament via Twitter, the Greens’ Chloe Swarbrick posted a video of her first day on Facebook and National’s Nicola Willis instagrammed the text she received having become a new MP (for now at least while she awaits special votes to see whether she remains in Parliament).

Whoop! So many thoughts, gratitude to everyone who made it possible and nervous it might not last once the special votes are counted, some reflections: https://www.facebook.com/willisforwellington/posts/305798783230705

Whatever government we end up with is going to be looking for new and fresh ideas which presents a real opportunity for organisations across the country. With a deluge of people wanting to talk to parliamentary stakeholders, it’s important to take action now to make sure you’re prepared and ready to move quickly.

As Winston Peters will demonstrate, if you use your time wisely and consider your options, a lot can be achieved in the next couple of weeks.

* based on provisional results and subject to change once special votes are counted.