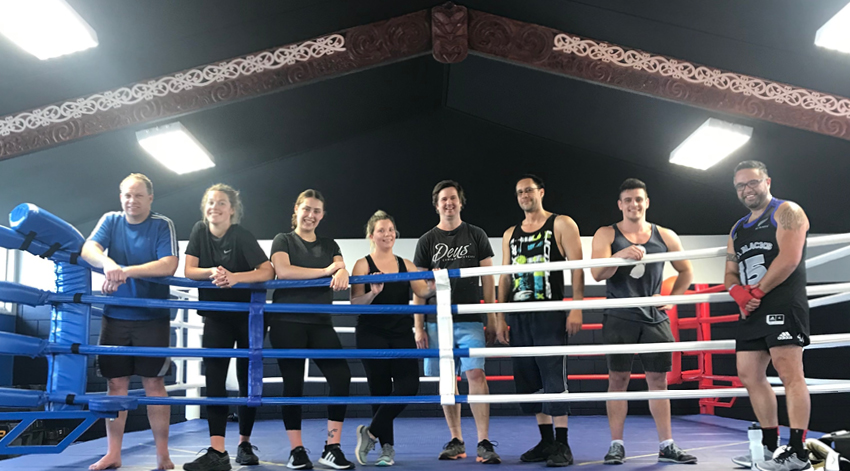 16 Oct Fighting for a cause

Posted at 11:51h in Entertainment, Sport by Josh Ogilvy
Share

This Saturday I step into the ring for the first time. I’ve always wanted to get in there but there was always something that stopped me. Exams in high school, exams and assignments at university, and other lame excuses.

On the 8th of September I saw an ad for The Battle of the Bay, by the 9th I had signed up and on the 10th training camp officially began. I think I was sick at four of the five sessions in that first week. Why did I commit to this particular event when I had not been training in any martial arts for some time? I committed to this event in about 30-seconds when I saw what it was for; this corporate boxing event is to raise money for Lifeline and awareness around youth suicide. In New Zealand, we have some of the worst mental health statistics in the world – if not the worst. It has not gotten any better, this year has seen the highest rate of suicides since NZ began recording the statistics 12 years ago.

Like too many people around my age, I’ve been through mental illness and I consider myself lucky to still be here. I don’t want anyone to feel trapped in their own mind like I was, people need to know there are services out there like Lifeline that you can turn to.

The whole training camp has been surreal, when you share blood and sweat with your training partners, they become your brothers. Last weekend, we got together to have a kōrero about mental health, it was truly eye-opening. You may think a bunch of boxers would act tough, cold even, but it’s not the case at all. Those that wear the tough-guy facade are typically insecure about their own weaknesses. Mental illness and depression have affected our lives either personally or through friends and family, which makes this cause all the more important to us.

Saturday night is just a fight, it’s nothing compared to the internal battles we’ve already overcome. There’s no greater opponent than life itself and this quote from Rocky couldn’t be more fitting:

“Let me tell you something you already know. The world ain’t all sunshine and rainbows. It’s a very mean and nasty place and I don’t care how tough you are, it will beat you to your knees and keep you there permanently if you let it. You, me, or nobody is gonna hit as hard as life. But it ain’t about how hard ya hit. It’s about how hard you can get hit and keep moving forward. How much you can take and keep moving forward. That’s how winning is done!” – Sylvester Stallone (Rocky)

At 80kg, I hit harder than most heavyweights (still not harder than life), there’s only one way it ends for my opponent but regardless of the result, we’re all winners for taking a stand for this cause and I’ve got nothing but respect for all the people competing.

If you’re free this Saturday afternoon, reach out to Tauranga Martial Arts Academy – they have less than 15 tickets left. Proceeds go to Lifeline.