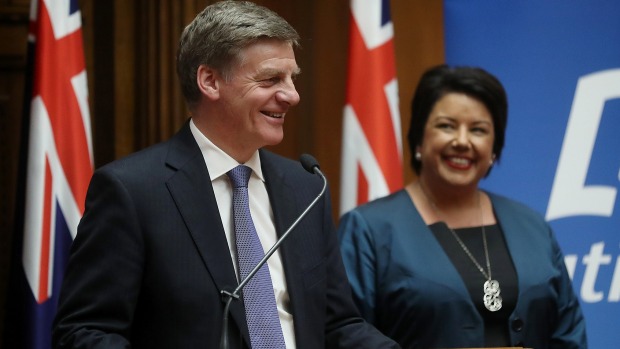 Posted at 02:17h in Business, Government Relations by admin
Share

On Sunday, Prime Minister Bill English revealed his Cabinet in a reshuffle that not only announced his line-up, but also his approach to change. English has stuck with the model that has served him best, incrementalism. He is a conservative after all – some change now, some later. Time will tell if this slow and steady approach will win the race.

Simon Bridges, arguably the biggest winner of the reshuffle, anticipated the reshuffle to be an ‘evolution of Cabinet’, rather than anything more drastic. He was spot on.

Prior to last week, most of the population would know a ‘Kitchen Cabinet’ to be just that, but like ‘GCSB’, it has entered popular vernacular and describes the Ministers sitting at the Cabinet table, who form the core of all Government decision making. So, who is in the kitchen now?

Brownlee’s responsibilities remain largely unchanged, while Steven Joyce is confirmed as Minister of Finance and picks up the new Infrastructure portfolio. Joyce is senior, trusted and competent. He is known for his incredible attention to detail. The creation of the Infrastructure portfolio and his appointment to it, is a strong signal. Infrastructure is a significant focus area and one this Government is serious about investing in. It is key to unlocking productivity, and enabling continued economic growth in Auckland. Phil Goff’s support for this role, as well the disestablishment of the Housing portfolio (separated into Social Housing and Building and Construction), is a vote of confidence in the new set-up.

Paula Bennett looks set to acquire Joyce’s previous title as ‘Minister of Everything’. She is responsible for the portfolios of State Services, Women, Tourism, Police and Climate Change. This is an enormous and diverse workload, which shows English backs her abilities in a big way.

The top four are joined by Simon Bridges, who picks up the Economic Development and Associate Finance portfolios, as well as holding onto Transport. He will work closely with Joyce on all portfolios, and remains on track to progress towards party leadership in time. He will also be Minister for Communications and Deputy to Brownlee as Leader of the House. Bridges has progressed from eighth to fifth, taking a prime spot in the ‘Kitchen Cabinet’ and leap-frogging Jonathan Coleman.

The very capable and diligent Minister, Amy Adams is now sixth, retaining the Justice portfolio and picking up the controversial Social Housing and Housing New Zealand portfolios, along with Associate Finance. She is also responsible for implementing the social investment approach across Government, something the PM hopes will be a hallmark of his time in Office.

Jonathan Coleman, who contested the National Party leadership, drops one spot to sixth and retains his previous portfolios. He has indicated interest in Foreign Affairs, but he is not the only one with eyes on the role.

Other movers to note are the four back benchers who have stepped up into Ministerial roles. English said their promotion was a “recognition of their experience, their talent and their hard work as electorate MPs and select committee chairs”. The two notables are Alfred Ngaro, who goes straight into Cabinet and takes up Pacific Island Affairs and the Community and Voluntary Sector, as well as Associate roles in Children and in Social Housing. Mark Mitchell takes up Land Information, critical to earthquake recovery, and Statistics, critical to the investment approach the PM wants to implement. While Mitchell remains a Minister outside of Cabinet, he is also a contender for the Foreign Affairs portfolio when Murray McCully stands down next May. Mitchell is widely respected for his work chairing the Foreign Affairs, Defence and Trade select committee over the last two years.

Several more junior Ministers have also moved up the ranks. Louise Upston will hold responsibility for the challenging Corrections portfolio, while Paul Goldsmith picks up Joyce’s previous portfolios of Tertiary Education, Skills and Employment, Regulatory Reform, and Science and Innovation.

Judith Collins’ change of role has largely been viewed as a demotion, which is not necessarily the case. English and Collins go back a long way; he appreciates her competence, but will want to limit her ability to influence the external brand of the Party. There’s little room for ‘Crusher Collins’ in the compassionate conservative brand. The portfolios of Revenue, Energy and Resources and Ethnic Communities, on the other hand, utilise her law and tax background and are slightly less likely to lead to front page stories.

English has delayed promoting up-and-comers into Foreign Affairs and Education, keeping on Murray McCully and Hekia Parata respectively, despite both having announced they will not stand in the 2017 election. The highly demanding Education role will most likely be taken by Nikki Kaye, provided all goes well with her cancer treatment. English has been somewhat of a mentor to her, and she has proved herself to be an enthusiastic and capable Minister in previous roles.

The highly-regarded Chris Finlayson retains his important roles of Minister for Treaty of Waitangi Negotiations, Associate Minister of Māori Development, and Minister Responsible for GCSB Minister in Charge of the NZ Security Intelligence Service, as well as Attorney General. He is widely respected as a safe and competent pair of hands who continues to make noticeable progress on Treaty Negotiations.

Nathan Guy moves up one spot to 13, picking up Associate Economic Development, a nod to the importance of his main portfolio, Primary Industries.

Anne Tolley, remains Minister for Social Development, while also gaining Children and Local Government responsibilities. On Local Government, she will need to work closely with long-(long)-time-Minister Nick Smith, who is now responsible for Building and Construction.

Along with the rest of Parliament, the National Party caucus will go on holiday with hefty reading packs as they prepare for the new year – it’s going to be a big one. With media outlets still struggling to come to terms with the rapidly changing digital world and the new ways the public accesses news, the Election (and all surrounding stories) will no doubt make for great headlines. While English has mandated his Ministers, the New Zealand public has yet to do so. In 2017, English and his Cabinet will need to perform, straight off the bat. There are limited overs, and always the risk the other team might bowl them out.