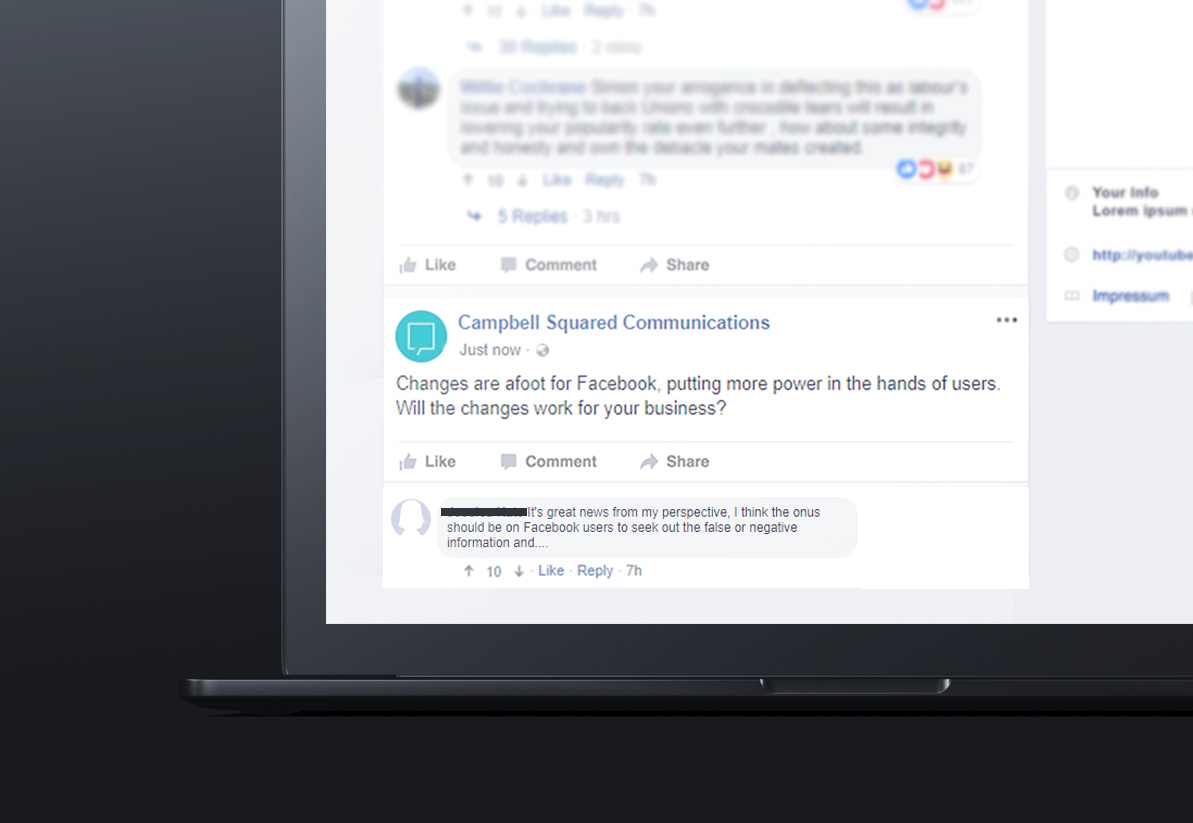 28 May Changes are afoot for Facebook, putting more power in the hands of users.

Posted at 16:10h in Communications, Digital by campbellsquared
Share

In response to criticism favouring content that just gets ‘likes,’ Facebook has announced its new objective: to make social interactions ‘more meaningful’. Senior Consultant Jessica Cushing takes a look at the latest changes and what they could mean for users.

Currently Facebook is testing a series of changes, which you may be noticing on your own pages and profiles.

In Aotearoa, the platform is trying out ‘upvoting and downvoting buttons’ – which are small arrows underneath comments. These allow users to vote up, or vote down, a comment based on what they think of that comment. The voting arrows are currently only for comments on public posts.

The idea is that people will rank comments based on their usefulness or quality, so off-topic, negative or misleading comments will be less likely to appear on your news feed. Comments that are voted up will more readily be seen by the Facebook community.

While it’s yet to be determined if this will become a permanent fixture, it’s an interesting move towards moderating conversations. Historically, Facebook has struggled to respond quickly enough to manage negative content, which is a major problem in some regions.

For businesses, the pressure will be on to create content that people really want to engage with. We predict longer form content will start to get more traction, as will grass roots style content that users can personally relate to or have an opinion on.

Businesses will also need to be prepared to defend any decisions or positions they share, as the move to more ‘meaningful interaction’ will inevitably open-up more fiery debate.

While the true impact of this change in approach is yet to be seen, Facebook founder Mark Zuckerberg says: “Helping people connect is more important than maximising the time they spend on Facebook. We think it’ll help make the community stronger over the long term, and we think it’ll be good for the business over the long term.”