Matariki: celebrating new beginnings, while acknowledging history and traditions - Campbell Squared
Today signals the start of Matariki – our Māori New Year. This calls for celebration amongst iwi, hapū and communities across Aotearoa. But what does it actually mean?
Matariki, maori new year,
18449
post-template-default,single,single-post,postid-18449,single-format-standard,bridge-core-2.2,ajax_fade,page_not_loaded,, vertical_menu_transparency vertical_menu_transparency_on,qode-title-hidden,qode-theme-ver-20.7,qode-theme-bridge,wpb-js-composer js-comp-ver-6.4.1,vc_responsive 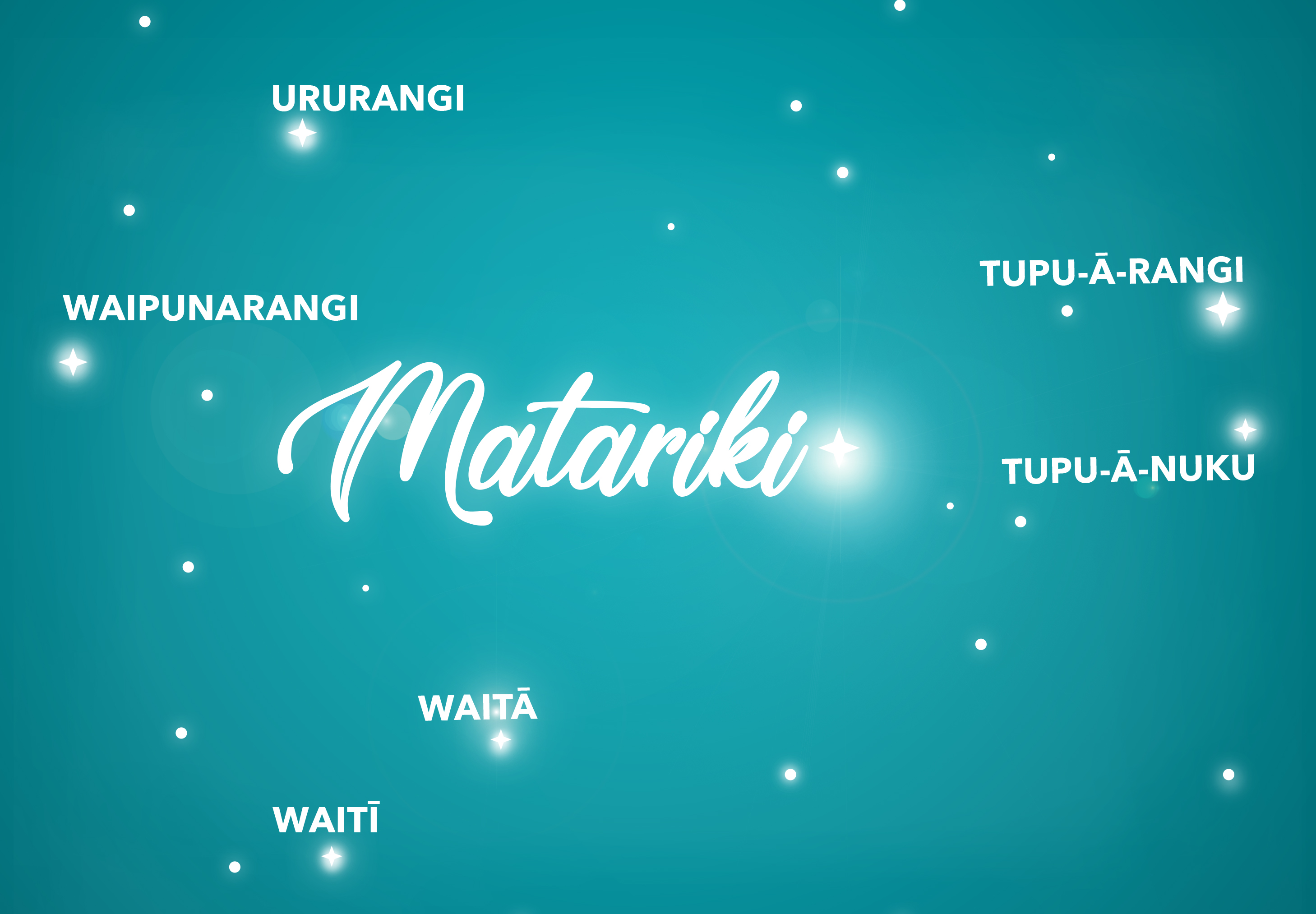 Today signals the start of Matariki – our Māori New Year. This calls for celebration amongst iwi, hapū and communities across Aotearoa. But what does it actually mean?

Senior Consultant Ariane Adam gives us her perspective on this special celebration, and how it brings together acknowledgments of the past and hope for the future.

From a personal perspective, Matariki 2018 resonates strongly. Walking along The Strand by the Tauranga City waterfront recently, I came across the seven pou created by local carver James Tapiata to represent Matariki.  Waitā, the fourth pou, caught my attention.

This pou represents the travels Māori have taken throughout history, with its hoe (paddle) upright in salute. Forward to today, it symbolises the travels – physical or emotional – that we take in our own lives. This is illustrated by the unfilled ritorito pattern around the shoulders of the pou.

For me, moving to Tauranga just two months ago was the start of a journey in a new place with my partner. We moved for several reasons, including to be closer to the ocean (and fishing!). 2018 also marks ten years of calling Aotearoa home, since leaving my original home, the Seychelles Islands.

This year represents a time to learn new mahi and make new friends and connections. It’s also a time to give thanks for whānau who provide support along the way. For me, Matariki means new beginnings, and a quiet nod to what has been.

Matariki is the time when we see the Matariki star cluster – also known as the Pleiades, or Seven Sisters – twinkle brightly in our winter sky. It appears on the north-eastern horizon just before dawn, in the tail of the Milky Way.

It begins to rise in the last couple of days of May, presenting the cusp of the Māori New Year. Maramataka (the Māori lunar calendar) tells us that this reappearance of Matariki signals the close of the old lunar year. The first new moon that appears – Te Tahi o Pipiri –  officially announces that the Māori New Year is here.

There are actually more than 300 stars in the Matariki star cluster, but our naked eye can only see seven typically. These are Matariki, Tupu-ā-nuku, Tupu-ā-rangi, Waitī, Waitā, Waipunarangi and Ururangi.

Breaking down the word

Matariki means ‘eyes of god’ – mata ariki – or ‘little eyes’ – mata riki. Legend has it that when Ranginui (sky father) and Papatūānuku (earth mother) were separated by their tamariki, Tāwhirimātea (god of the winds) was so incensed that he ripped out his eyes and flung them into the heavens, forming the Matariki cluster.

Another Māori legend maintains that Matariki is the mother surrounded by her six daughters, Tupu-ā-nuku, Tupu-ā-rangi, Waitī, Waitā, Waipunarangi and Ururangi; and that Matariki and her daughters appear to assist the sun, Te Rā, whose winter journey from the north has made him weak.

Celebration for the earth and respect for whenua

Traditionally Matariki was used to understand when to plant crops after winter. Bright and clear stars signaled that a good, productive season was in store, so planting could start in September. Dull, bunched together stars meant the winter ahead would be cold and planting would have to wait till October.

When Matariki arrived the following year, it was time to harvest. Traditional crops included kūmara, karaka berries, and pikopiko. When there was a bountiful supply of kai collected, celebrations of singing, dancing and feasting would begin.

Matariki is the season for manaakitanga and kotahitanga, bringing our communities together with kai and celebration. It is our own Aotearoa version of Thanksgiving, and a time to acknowledge those who have passed.

Festivities across the country will showcase this te Ao Māori world view and remind us of the natural life cycle and the role of the stars as navigators for key moments in time.

Enjoy Matariki 2018 and take note of the special feature of Matariki celebrations: the flying of kites. This is an acknowledgement of ancient custom that kites fly close to the stars and connect the heavens and earth.